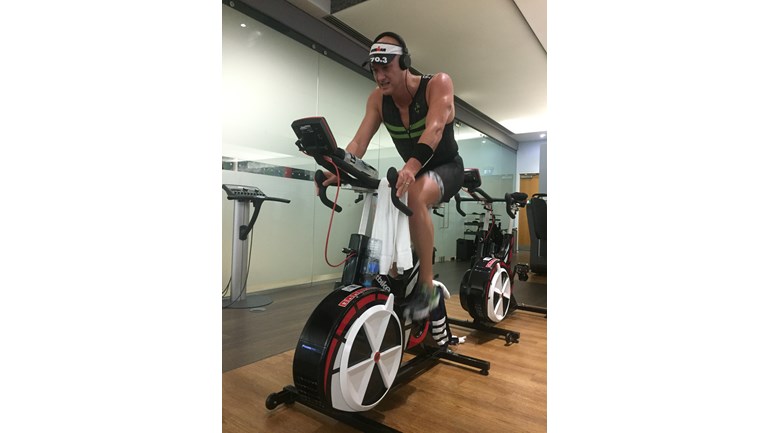 I am racing in IRONMAN UK in Bolton on 16 July 2017 to raise money for Kidney Research UK.  For those of you who don't know, IRONMAN is a long course triathlon which comprises a 3.8km swim, followed by a 180km bike ride and then running a marathon (42km).  It is the ultimate physical and mental challenge and will be a long hard day, but it is all for an amazing cause – Kidney Research UK.

Having suffered a near complete renal failure in early 2016, my father, Ben, became completely dependent on kidney dialysis.  My younger brother, Greg, bravely agreed to make the gift of life and donate one of his kidneys.  In early January 2017, Dad and Greg went into Guy's Hospital, London for the kidney transplant operation, which was thankfully a success and both of them are recovering well.

Unfortunately, kidney related illness is not new to my family.  As a teenager, I was diagnosed with nephrotic syndrome - a rare and acute kidney disease.  Having spent much of my teenage years in and out of hospital, I was fortunately cured of the disease thanks to a pioneering treatment involving chemotherapy related drugs.

Kidney Research UK is the leading charity dedicated to research into kidney disease in the UK, with the aim of finding better treatments, and ultimately, cures for kidney diseases.  They invest in the training and support of many of the leading kidney scientists and doctors throughout the UK.  Many of these individuals have gone on to make major advances in the understanding of the causes of kidney disease as well as the successful development of better approaches to its treatment.  Because of their research breakthroughs, more kidney patients and their families have the chance of a normal life and an estimated 60,000 people with kidney failure are alive today as a direct result of the charity's work.

Kidney Research rely almost wholly on the generous donations from the public and therefore, any donation you are able to make will be gratefully received.

Many thanks for your support.