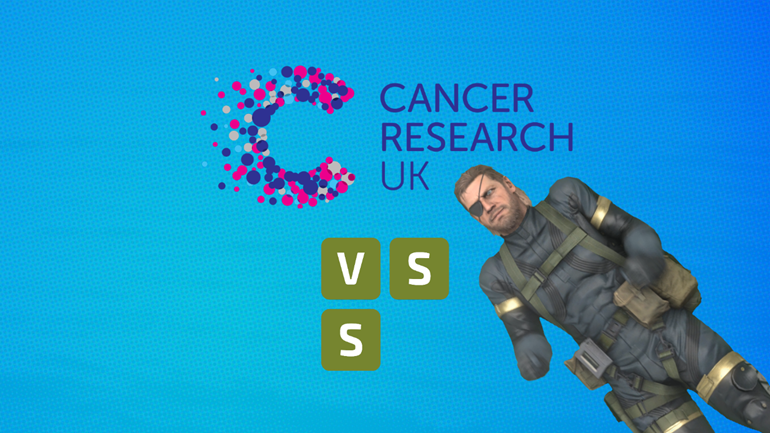 Why are we not being specific about what time they end? For every £250 we raise we'll be adding an extra hour onto each stream, up to a maximum of £1250/5 hours. You have the ability to turn these 24-hour marathons into 29-hour marathons!

Very Scary Scenario is a group of people that like to hang out and play games. We also occasionally get together and make our own, including one about a duck that travels around the UK on Twitter, and that one about vaping. You can find more info on our website, https://vscary.co.

Everyone from Very Scary Scenario has been affected by cancer in some form. We've lost parents, aunts, uncles, grandparents, friends... the list goes on. We want to do what little we can to help fight against cancer.

With your donation we'll be able to help people who can't feasibly stay up for a whole day playing stupid video games on the internet.

We've done charity streams for the past three years, and last year we raised an incredible £1126 for Cancer Research UK. We hope that with your help and a lack of sleep on our part, we'll be able to raise even more money for good causes this year!