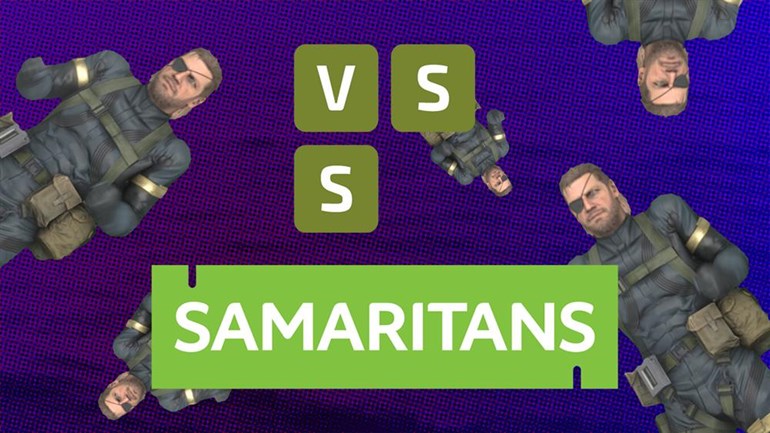 We're raising money for Samaritans because mental health is important.

Samaritans is available round the clock, every single day of the year providing a safe place for anyone struggling to cope, whoever they are, however they feel, whatever life has done to them. For more information please visit www.samaritans.org

On the 16th, a selection of us will also be on the radio for the third Neko Desu All-Nighter, where we'll be celebrating ten years of the show by complaining about anime (and occasionally celebrating it) from 9pm til the early hours when the morning show throws us out.

http://thisisthecat.com/apps/player.html
or tune in on 107.9 FM.

Why are we not being specific about what time they end? For every £250 we raise we'll be adding an extra hour onto each stream, up to a maximum of £1250/5 hours. You have the ability to turn these 24-hour marathons into 29-hour marathons!

Very Scary Scenario is a group of people that like to hang out and play games. We also occasionally get together and make our own games too, including one about a duck that travels around the UK on Twitter, and that one about vaping. You can find more info on our website, https://vscary.co.

We've chosen Samaritans this year because they do a fantastic job being there to listen, and to help, people who don't see a way forward. It's a cause that's extremely important to all of us at VSS.

With your donation, we'll be able to help people who aren't in a position to be spending a whole day playing stupid video games on the internet.

We've done charity streams for the past five years, and we've raised over £2500 for charities like Special Effect and Cancer Research UK. We hope that with your help and our lack of sleep, we'll be able to raise even more money for good causes this year.

Samaritans is available round the clock, every single day of the year providing a safe place for anyone struggling to cope, whoever they are, however they feel, whatever life has done to them. For more information please visit www.samaritans.org

Charity Registration No. 219432
Find out more about charity fundraising