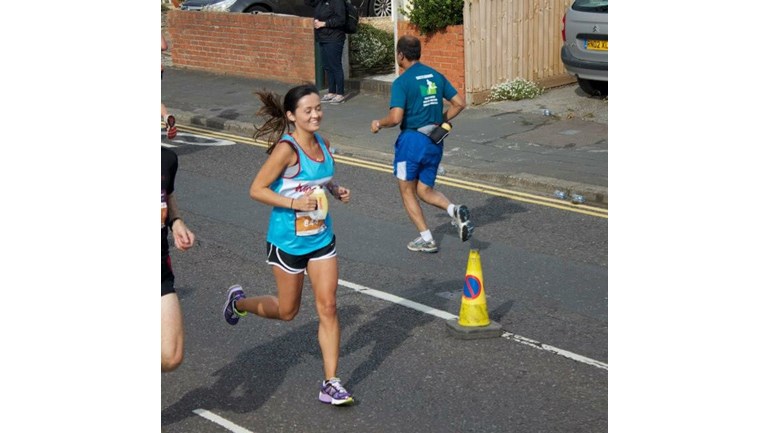 My story so far...
On the 3rd of August last year my whole life completely changed.
My mum was there with me that day, we travelled over to Gloucester on a bus and chatted and laughed the whole way. I’d say we were a bit worried as any body would be going for a test result, but we were pushing it to the back of our minds, everything was bound to be ok. I was physically fit, healthy and we didn’t think I looked Unwell. I think we all have an image in our heads of what serious illness looks like and I didn’t think that was me.

We arrived at the hospital and went straight for a coffee before sitting in the waiting room. On this occasion there was no waiting around and I was called in ahead of my appointment. I recognised the man straight away as my surgeon who had removed the enlarged lymph node in my neck for biopsy, there was also a nurse sat alongside him. He asked me how I was and if my scar was healing well, then the chit chat very quickly ended and he broke the news in the best way he possibly could have. He told me he was really sorry but it was a cancerous node, they just didn’t know what type of cancer they were dealing with yet, and they would need to do further testing to find out. 6 days later which felt like an eternity I was eventually told I have lung cancer. This really wasn’t what I had expected to hear. How an earth could I have cancer, let alone lung cancer??? This shocking news was closely followed by the news that it was also incurable. Devastated and horrified are the only words that can come close to describing the situation. My instant thought was how long do I have? I took a deep breath and asked the question. Thankfully they couldn’t give me a time frame and I instantly knew I needed to fight. Crying wasn’t going to change anything now, I was in complete shock and the days following this news were a rollercoaster of emotions. Sometimes I felt ready to fight and others I just didn’t know how I would go on. Thankfully the fighter in me has always won this battle hands down.

The next couple of weeks are a blur. I was quickly booked in for my first round of chemotherapy where I would have a combination of two different types. In the mean time my lymph node biopsy was sent to a laboratory in Birmingham for further testing. The rest would be a waiting game to find out if I had a non genetic cell mutation. If I did then this would mean I could have targeted therapy instead of chemo. The first results came back as negative for an EGFR mutation. We were now waiting for one more result which at the time I was completely unaware of. After my first round of chemo I went in to see my oncologist for my pre chemo check before cycle number 2. This is when he told me I was in the rare 3-5% of people who are tested ALK positive. This was a game changer!! No more chemo!! I had been ready to fight through it no matter what, but now I could begin a course of tablets instead which would target the cancer cells directly, instead of attacking my entire body like chemo does. After everything Id been through the weeks prior I felt like my luck had changed.
The tablets made me feel sick but it wasn’t even close to how bad I felt on chemo. By October they wanted to change my medication again after only a few weeks. The new medication had just become available via an ‘early access to medicine scheme’.
I can’t even explain how grateful I feel to be given a chance to feel well again because of this amazing treatment. Currently I am feeling the best I have for at least a couple of years. For this reason I have decided I want to give something back by raising money for a good cause, while doing something I never thought I’d be able to do again. I intend to run a number of races for charity and would be grateful to anybody who would be willing to make a dontation to the amazing ‘Roy castle lung cancer foundation’. They offer continued support and advice to anybody battling a lung cancer diagnosis, as well as raising awareness and breaking down the stigma surrounding this awful disease. My first one will be Market Harborough half marathon on Saturday 9th June.

We are the only UK charity wholly dedicated to defeating lung cancer. Lung cancer is the UK's biggest cancer killer. It kills more people than breast, colo-rectal and prostate cancer combined yet receives only 6% of research funding. This is simply not good enough and we should all expect better.

Charity Registration No. 1046854
Find out more about charity fundraising