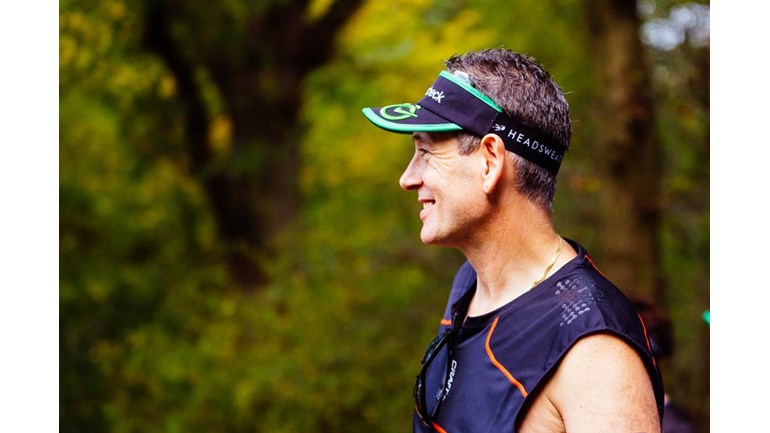 Race your pace for Macmillan

Garry is a wonderful guy, a great runner and a fantastic pacer. Unfortunately he was recently diagnosed with cancer which he is fighting with the help of his wonderful wife Rose and Macmillan Cancer Support.

Please find a lovely note written by Rose explaining what has happened to Garry and how grateful they are of your support:

' I’ve never been more proud of my darling husband Garry showing so much bravery after being diagnosed with High Grade Non Hodgkins Lymphoma blood cancer.

After pacing half marathons and a marathon early this year Garry fell ill.

After multiple blood tests, X-rays and scans our world fell apart on the 16th May when he was diagnosed with blood cancer. His first chemotherapy treatment called R-chop never worked and Garry asked we bring our wedding forward. They released Garry from hospital for our wedding and we had a very emotional 20 minute ceremony, Garry was very ill and was so very brave to get through the ceremony and photos.  Garry is now receiving RGPD which is a more aggressive treatment given to him at  both Milton Keynes and Oxford hospitals.

Garry has fort through some really difficult times and has a long way to go but together through our love for each other, Garry's bravery, our positivity and great friends and family, we will beat this.

All the staff at Macmillan have been amazing with treating Garry and being helpful with all queries you may have whether it be information about treatment, drugs or financial. They work so hard and it would be lovely to give something back to them.

Garry and I would like to thank Racecheck, visorclub and visorfam for volunteering to organise the virtual race to raise money for Macmillan for all that they have done for Garry and do for every cancer patient. '

The running community are raising money to help Macmillan with the amazing work they do not just with Garry but with every cancer patient in the UK. We will also be organising a virtual race also raising money for this cause and selling cakes and lucky stars at Run Reigate in September and the Goodwood festival in October.

Donating through JustGiving is simple, fast and totally secure. Your details are safe with JustGiving - they'll never sell them on or send unwanted emails. Once you donate, they'll send your money directly to the charity. So it's the most efficient way to donate - saving time and cutting costs.