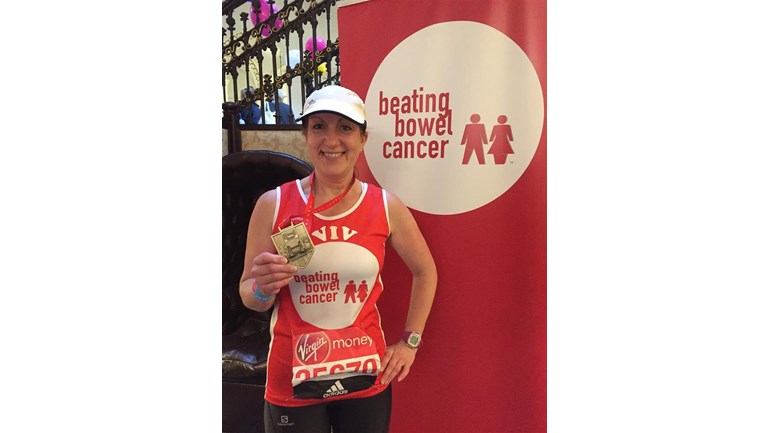 In May 2017 I will be celebrating the third anniversary since my lifesaving ileostomy operation.

I am one of the lucky ones.

My first bowel cancer diagnosis was in 2012 after which I had keyhole surgery and six months of chemotherapy.  My second diagnosis of bowel cancer was 2014.  I subsequently had surgery to remove all of my colon and I have a permanent ileostomy - this means that I have a bag attached to my belly for the collection of waste products.

As I said I'm one of the lucky ones.  I'm here today because my cancer was diagnosed early and it was successfully treated.  My Dad was also diagnosed with bowel cancer in 2014. He had his lifesaving surgery less than six months after mine!

I am fund raising for Beating Bowel Cancer because it is the support and campaigning charity for everyone affected by bowel cancer.  I want to help them raise awareness of bowel cancer to ensure that it is diagnosed earlier and to improve survival rates.