William Slynn
Fundraising for We Hear You 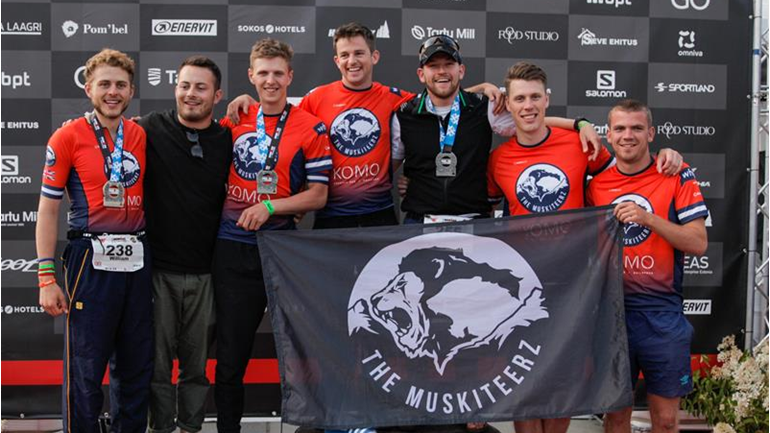 We provide free, professional counselling to anyone affected or bereaved by cancer

We Hear You works across Bath, Somerset and Wiltshire providing emotional support to patients, families, friends and carers who have been touched by cancer or any other life-threatening condition.

WHY offers a minimum of 90 counselling sessions each week and supports around 400 people a year. Each counselling session with WHY costs £44 to run and they rely entirely on voluntary donations. Any contributions, whether large or small are of great value to the charity.

On the 16th November 2016 Nick was diagnosed with testicular cancer and had surgery 4 days later. He started an intense batch of chemo on the 21st December and into early January 2017. On Christmas Day he asked his mum to support him so he could take a walk outside. He was only able to walk to the end of the drive before being totally exhausted and unable to continue. Determined not to be affected by the cancer Nick returned to University to take one of his Finals exam on 20th January 2017 just 3 weeks after his final Chemo session.

Despite everyone being worried about him overdoing it, he began training for the London Marathon. His father, a Colonel in the British Army and an Ironman Triathlete helped him train. Nick completed the London Marathon in 4hrs11 minutes which was a very respectable time for a rugby front row!  He graduated from Leeds with a 2:1 in international relations and politics and then travelled round China in the summer with Will, visiting the Great Wall, the Terra Cotta Warriors and horse riding on the High Tibetan Plateau.

When he returned from China, Nick started to seek help in order to talk about what impacts his cancer had had on his health. With the help of We Hear You, Nick came to terms with some of the effects of his cancer.

There is no shame in seeking help when you are going through a tough time. Nick is the bravest man I know.

The Muskiteerz is a collective of adventurers, athletes and photographers formed by the Slynn brothers and Nico Swanepoel. Our mission is to create a community which inspires and encourages others to spend more time being active and in nature; forming new friendships and deepening existing ones in the process. Through our adventures and challenges, we hope to raise awareness and money for causes close to our hearts. We are proud to be long term supporters of We Hear You.

On Saturday 3rd August 2019, Freddie, Will and Nick completed the Tallinn Ironman. This is a 2.4 mile swim, followed by a 112 mile bike ride and then a marathon to finish.

On Friday 31st May 2019 Nico smashed a 24 hour burpee challenge whilst his friend, Nikolai rowed for 24 hours on a rowing machine in preparation for rowing across the Atlantic. Nico did 7,500 burpees, doing them continuously (50 mins on, 10 mins off) for 24 hours. Together they raised an incredible £1100 towards our target of £10k.

In March 2019, 50 keen rugby fans took part in the first We Hear You  Six Nations ESPN Fantasy Rugby Tournament competing for the prize of a £50 Berry Brothers and Rudd voucher. Will's aunt Gill was crowned winner, finishing 108/72,000 globally. We raised over £340 and plan to make this an annual fundraising tournament.

In May 2018, Nico and Joey climbed the height of Mt. Everest on a step machine, taking approximately 8 hours.

Nick, Rob, Oscar, Max and Will completed the Stourhead Half Ironman triathlon, with Max winning the overall race. Between the triathlon team and Nico & Joey, we raised an amazing £6,104.12 towards our overall target of £10,000.

We are grateful to the support we have received from our sponsors. These are:

We Hear You (WHY) provides free, professional counselling to adults and children affected by cancer and other life threatening illnesses. We help relieve the emotional suffering of patients, their families and carers and those who have been bereaved.

Charity Registration No. 1156001
Find out more about charity fundraising