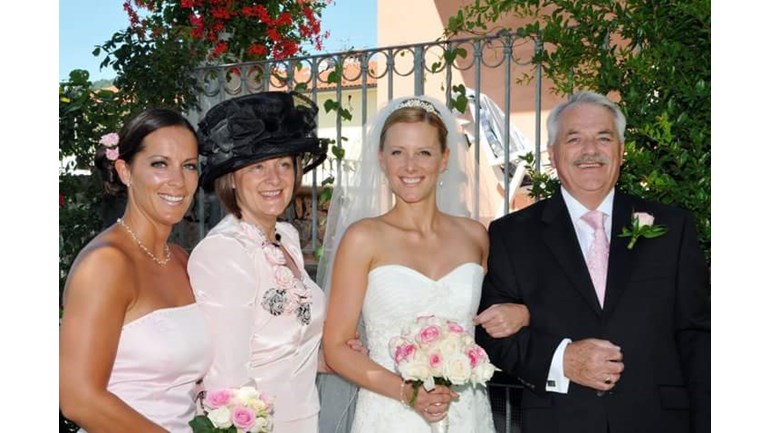 Until June 2017 I don't think anyone in our family really knew what encephalitis was, however that all changed when the beloved patriarch of my wife's family, Michael Stewart, suddenly fell ill.

What seemed to start out as a simple ear infection quickly became a life endangering condition that left Mike in Blackpool Victoria infectious diseases ward for over a month. The infection was actually a common virus that had invaded the fluid around Michael's brain and caused his brain to swell dangerously (encephalitis). After intensive treatment, Michael was eventually discharged and initially seemed quite well. He was able to spend a cherished day celebrating his 70th birthday with family, but within a few short weeks Michael was back in hospital. As the swelling had subsided, the extent of the damage that had been caused to Michael's brain was revealed in his physical health, his personality and his behaviour.

Michael is a husband, father, brother, uncle, grandfather to four beautiful children and a friend to many.

Despite their obvious heartbreak and worry throughout this time, Ann, Michelle, Claire and the rest of the family have been rallying around, supporting Mike as much as they can and all the time coming to terms with how life has changed and how cruel and unfair the world can be. Mike is still in hospital and will hopefully soon be going to a rehab centre for some more treatment with the final goal being to get him home where he belongs.

Throughout the time that Mike was in hospital and especially in the early days of his illness, the Encephalitis Society provided support, advice and information which has been invaluable in helping the family cope and understand what was happening to their loved one. Because of this I would like to raise funds to help them continue the work that they do and help any families that may have to go through similar circumstances in the future.

It'll probably come as no surprise to most to see that my chosen method of punishment to try and convince you to part with some cash will involve me running a long way over some big hills. The finer details aren't overly important, but I can guarantee that Easter Sunday 2018 will be a lot more painful for me than it will be for most of you.

Encephalitis is a condition that can effect anyone at any time, regardless of health or age. If you can spare it, please donate anything you can, even if its just a couple of quid.