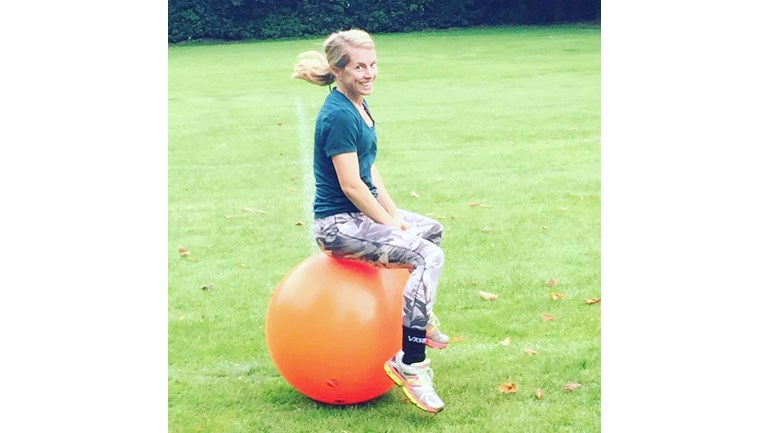 I will be space hopping a mile (yes, really) for Young Minds Trust because once I hip, hip hop, then I don't stop.

I've written a novel about a 17-year-old girl who's always wanted to break a world record. Thing is, when you're writing a book about a 17-year-old girl who's always wanted to break a world record, you start to wonder what breaking a world record might actually feel like. Then you think maybe, to really get a grip on her story, you should go for the same record as that 17-year-old-girl. Then you remember that her record's in space hopping. And then you realise that to stand a chance of achieving that space-hopping record, you will - not in that fictional world you've created but in actual real life - have to spend a good few hours on a space hopper. In public. Along the seafront maybe. And you might just fracture your coccyx (I did) and have to wait a year to hop again (I have). But that's all good. Because, like Churchill said, "failure is not fatal: it is the courage to continue that counts".

And so, 2nd October, I'm gunning for a mile on a space hopper at a world record pace.

Given my 17-year-old girl with world-record ambitions is experiencing what she might call "a whole lot of hurt", I figured I should try to raise some money for the many young people going through something similar. Hence this page.

Young Minds is the UK’s leading charity committed to improving the emotional wellbeing and mental health of children and young people.