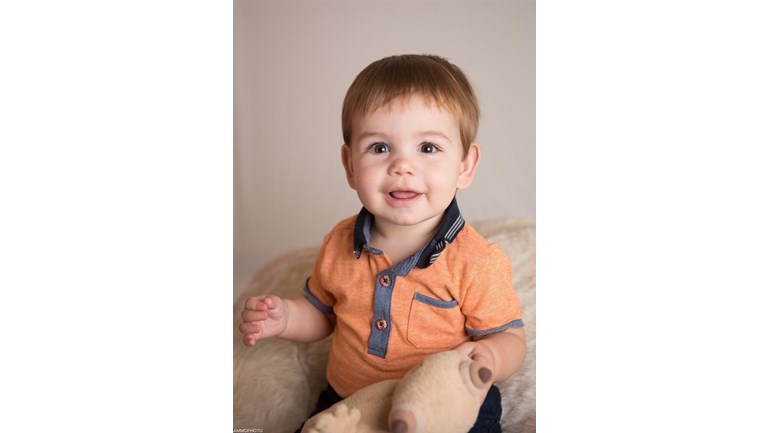 We are raising money in William's memory for UK Sepsis Trust because William would want to help other perfect children.

All of the money raised through Always Remember Tribute Funds will help the UK Sepsis Trust achieve its aim of saving 14,000 lives in the UK every year. For more information about our work, please visit www.sepsistrust.org.

So, this is William's legacy. William passed away in his sleep on 14th December 2014 from sepsis, this was a complication of un-diagnosed pneumonia.

As a family we hadn't heard of sepsis and assumed it was rare, that is was perhaps something people caught in hospital. This is not the case and it is so far from the truth it's astonishing. Sepsis is a life threatening condition that arises when the body's response to an infection injures its own tissues and organs.

Infection which can give rise to sepsis are common, and include lung infections, like pneumonia that William was suffering with, water infections, infections in wounds, bites or the joints and problems like burst ulcers.

Sepsis can lead to shock, multiple organ failure  and in William's case, death.

Life-saving treatment for sepsis is often relatively straightforward. Early recognition, and getting basic treatments including antibiotics and fluids into the patient within the first hour, can halt the progression of sepsis and hugely improve outcomes for patients. In the case of sepsis antibiotics are the single most important life-saving measure.

Sepsis account for 44,000 deaths in the UK every year. That's more than bowel cancer, breast cancer and prostate cancer put together. This means that a 1 person dies from sepsis every 14 minutes.

I hope by fundraising we can raise awareness of Sepsis, through innovation, research and the sharing of good practice. Sepsis needs to be recognised as a medical emergency and as a clinical priority for the NHS. We need to ensure that members of the public, patients and their relatives, and health professionals work together to think Sepsis.

£5 provides an information booklet to relatives of ten patients admitted to ITU.

£10 will allow the Sepsis Trust to distribute 200 leaflets to a GP surgery.

£50 a month will train one team of doctors and nurse on a hospital ward.

£999 will provide one hospital with a 'sepsis pack' to aid implementation.

All of the money raised through Always Remember Tribute Funds will help the UK Sepsis Trust achieve its aim of saving 14,000 lives in the UK every year. For more information about our work, please visit www.sepsistrust.org.

Sepsis accounts for 52,000 deaths annually in the UK, that’s more than breast cancer, bowel cancer and prostate cancer put together. Sepsis is the acute bodily reaction to infection. Symptoms initially present as flu like but can rapidly deteriorate into a life threatening condition.