Wilnelia Forsyth
Fundraising for Beauty with a Purpose 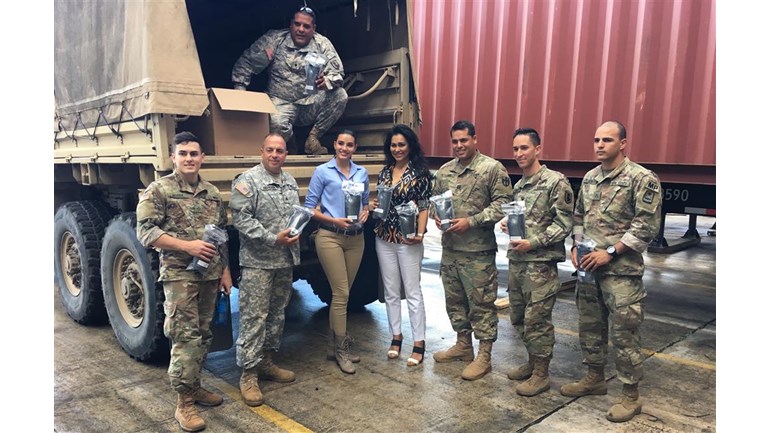 Fundraising for Beauty with a Purpose

Beauty with a Purpose

We work with 130 countries to help children worldwide

After I suffered the greatest loss of my life, the loss of my beloved husband Bruce, I retreated to Puerto Rico where I was born, and where Bruce and I shared such happy times, to grieve and to honour him. I felt it would be very healing to have the support of my family and our many friends on the Island.

On the 20th September 2017, shortly after I arrived, I witnessed the full force of Hurricane Maria. This was the most terrifying experience of my life.

Thousands and thousands were left homeless and without even life’s basic human comforts.

The infrastructure of the island was devastated and the 3.5 million population was almost entirely without power or running water.

It’s now almost 3 months since the hurricane hit and around 50% of the island remains without power and more than 350,000 people are still without running water and proper sanitation. Rural areas remain badly affected and the lack of safe water has led to a dramatic increase in hospitalisations.

There are so many challenges facing Puerto Rico right now. Hospitals need support, children need schools and families need shelter. At times like these the most vulnerable in society, the children and the elderly, need the most support.

Hurricane Maria has been the worst natural disaster in the history of Puerto Rico and I have created this page with Beauty With a Purpose to help ease the suffering of the many who have lost everything.

I know that if Bruce were still here with me, he would ask his beloved British public to help in any way they can. With every pound given comes the chance of a new beginning and we can pledge that 100% of the money you donate will be used (without deduction) to create a sustainable infrastructure for the provision of water, shelter, sanitation and for the healthcare and educational needs of the most vulnerable.

There is so much to do and we need your help.

To all of you donating,

I thank you from the bottom of my heart,

Beauty with a Purpose

The Miss World contestants (with the help of their Miss World National Organisations) have set up Beauty with a Purpose projects in more than 100 countries. This gives tens of thousands of young women every year, the opportunity to use their abilities to make a real and lasting contribution to the lives of the sick and disadvantaged.

Charity Registration No. 1142826
Find out more about charity fundraising