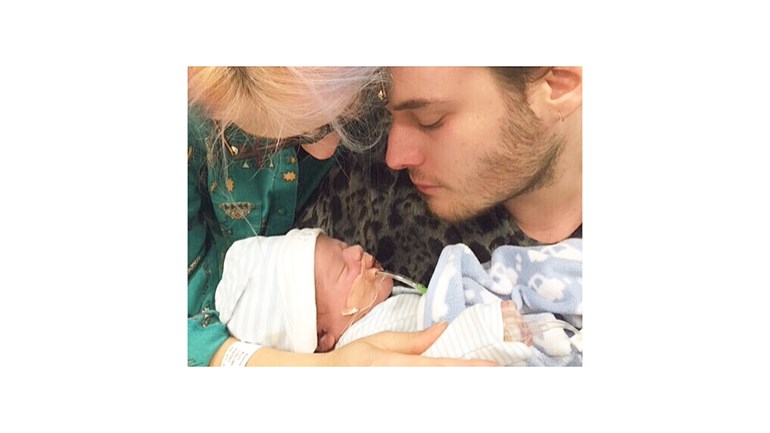 We are collecting donations for Neonatal Unit because they made every effort to save our baby boy.

After 8 years together, we were over the moon to be expecting our first baby. We documented our pregnancy with great love, decorated the nursery excitedly, and planned endlessly for our wonderful future.

After a healthy pregnancy and natural labour, our beautiful son Winter Wolfe Gaskin was born on October 23rd 4.37am, weighing 7lb 6oz. He was with us on his mummy's chest for just 30minutes before he suddenly stopped breathing. Doctors and nurses poured in to resuscitate him and we were told, still in the delivery room, that our baby would most likely not survive. He was whisked away to be cared for in the neonatal unit at the hospital of his birth in Derby, UK. Later the next day Winter was transferred to Leicester where it was thought he could be cared for. Our beautiful boy was so brave, he fought so hard for a chance to live, but he died in our arms at Leicester hospital that day. I was discharged from Derby and we arrived in Leicester just in time to say goodbye. The day before we had arrived at hospital excited for our future and now we were leaving with empty arms. We arrived home to a house full of expectant preparations, to receive sympathy cards in place of congratulations. Our hearts were shattered, our lives took a sudden and unexpected change of direction.

We are now raising money to help save babies from the same fate that our son suffered, so that our angel baby's life was not meaningless.

The charity we are raising money for is called Friends Of The Baby Unit at Derby Royal Hospital.

The charity has been running since 1976, started single handedly by a courageous woman who was herself a victim of infant loss, and has raised an astonishing £1.5million over those years. The charity is separate to the hospital and the money raised is managed entirely by themselves and not the NHS. This means it is spent only on necessary equipment such as Incubators, Apnea Alarm Mattresses, and Infusion Pumps rather than funding an office refurbishment or NHS boss salary raise. Kate works closely with the staff to ensure that the money is used to buy only what is needed and nothing is wasted. This years shopping list from the hospital totals £30,000.

As well as life saving equipment - which costs literally hundreds of thousands of pounds - the money raised also funds small gifts at Easter and Christmas as well as crucial daily items to support the families of poorly babies and bereaved parents, such as memory cards for the camera, photograph paper and ink cartridges. This is how we got an ink hand and footprint of our baby boy. These things are small but so precious to loving and grieving families.

Kate and all the volunteers who work to keep the charity going continue to give up their time, raising money with supermarket bag packing events and running stalls at various local fairs. What an incredible woman! And of course we feel proud that the money our boy is raising is going to such an amazing cause.

Every donation no matter how teeny is all contributing to saving babies lives.