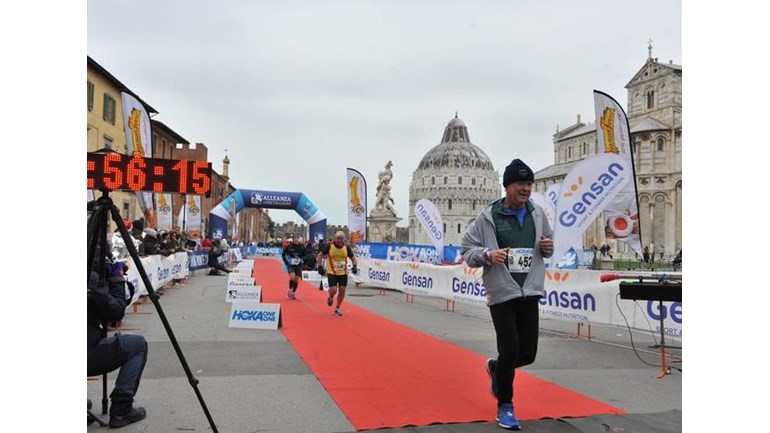 At Waterford School in the early to mid 1970s, we seemed to spend a
lot of our time running – to class, to the tuckshop, to the kitchen for
“spares” of peri- peri chicken, up Tom and/or Kelly hills when we fell out with a teacher or prefect. But I didn’t start running actual marathons until my 40s when I learned it was a great way to visit different cities and eat as much as you liked in all of them. With the passing of the years I realised that my long- dreamed aim of trying to reach a total of 100 marathons was never going to happen unless I got out on the road much more regularly. So I re-started in January with the Red Hill Marathon in Cape Town (hilly), the Two Rivers Marathon in the Netherlands in February (freezing), Two Oceans in Cape Town (long) in March and then decided to attempt a Marathon-a-Month until the end of this year. So it was Vancouver (downhill) in Canada, then Leiden (flat) in the Netherlands over the next two months and in June the accurately named Bastad Marathon in Sweden (very hot and hilly) and after that the toughest so far which was Fort William near Ben Nevis in the Scottish Highlands (extremely hilly). That was seven down and I began to think (you have a lot of time to think when running long distances) that maybe I could use this challenge as a way to help raise funds for WKFSA to sponsor a student from Swaziland (eSwatini) through the IB course at the school. The target for a single scholarship is ZAR 200 000 for the two year International Baccalaureate programme (approx. £10 200 or $13 400 10/2018) and that is what I have been raising money for.

I have now done Helsingborg (Sweden) in August, Hull (UK) in September, Victoria (Canada) in October, St Helena (mid-Atlantic) in November and Pisa (Italy) to finish with in December. Thanks to the generosity of all my friends, former colleagues and people I met along the way we reached the target in January and a student has now been selected by the school to receive the Scholarship.

To provide some insight into what's been involved I am attaching (cut and paste) a link to the Marablogs I started writing back in June...

This UK charity is dedicated to raising funds to give disadvantaged young people from across Africa life-changing access to a secondary education at Waterford Kamhlaba UWC of Southern Africa in Swaziland. Superb exam results enable most students to progress to first class universities worldwide on fully funded scholarships.

Charity Registration No. 313908
Find out more about charity fundraising