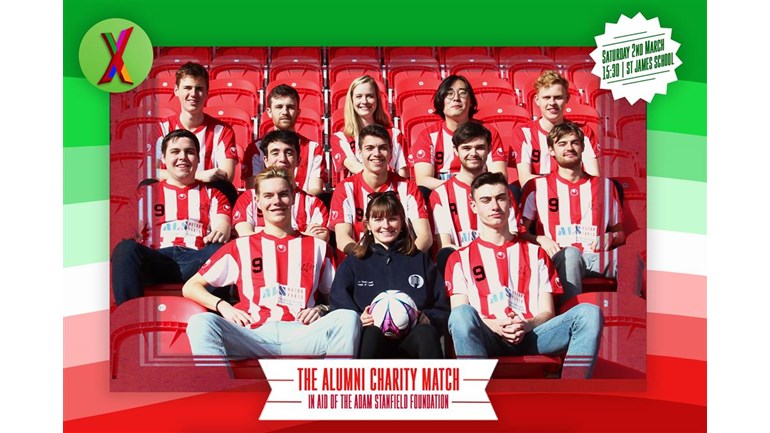 Fundraising for The Adam Stansfield Foundation

Hello! We are XpressionFM, Exeter University's student radio station. On Saturday 2nd March 2019, we will be hosting our annual charity match in aid of the Adam Stansfield Foundation.

The Adam Stansfield Foundation is a charity named after the former Exeter City footballer. Adam sadly lost his battle with bowel cancer in 2010, aged just 31. The striker, who also played for Hereford United and Yeovil Town, is fondly remembered as a fan's favourite at every club he played for.

The Foundation, which was formed in September 2010, aims to raise awareness for bowel cancer and raise funds to improve sporting opportunities for young children across Devon.

Any donations to this cause are truly appreciated. Also remember to join us for Xpression Sport's event of the year at 1530 at St James School.

Charity Registration No. 1140579
Find out more about charity fundraising