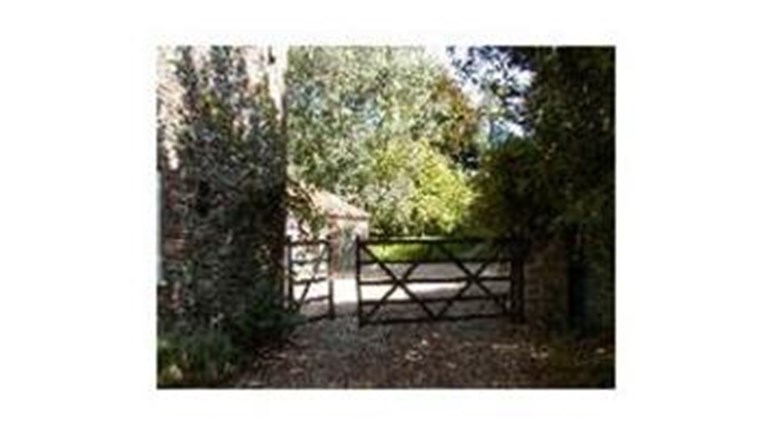 Fundraising for The Yorke Trust

The Yorke Trust's aim is developing high quality music education in the community with emphasis on children between the ages of 6-13.as well as students launching their professional careers. The younger children participate in workshops that cover diverse areas within the arts and students benefit from annual concerts and master-classes

Founded in 1985 with assistance from the Calouste Gulbenkian Foundation, the Trust is dedicated to advancing education in music.  This it does by promoting courses for aspiring young professional musicians and, more recently, through its own junior arts school for children.

The Trust’s early work involved setting up a scheme for teaching children the double bass: some of who began in the Yorke Minibass Project aged seven are now playing professionally.  Over the last twelve years the Trust has refurbished The Old Chapel and The Old Norwich Arms in South Creake to form The Creake Centre as a focus for its activities.

Led by Rodney Slatford, a former professional musician and broadcaster who was Head of Strings at the RNCM for eighteen years, the Trust aims to provide tuition at the highest possible level.  Funding is a constant challenge and trustees are grateful to those who support their endeavours on a regular basis, and to those who give freely of their time on so many occasions.

At the moment we:-

Run a junior arts school Pied Piper! in North Norfolk for children aged 6-15 leading to the creation of music theatre works in the summer.  The scheme has recently been supported by The Ashden Trust and a Michael Tippett Centenary Award from the Michael Tippett Musical Foundation.

Sponsor a school exchange.  Part of the Pied Piper! programme involves an exchange programme, initiated by the Trust, that links Gallions Primary School in East London with Wells-next-the-Sea Primary School in Norfolk.  The scheme enables children from two very different socially disadvantaged areas to meet, to share lessons and to perform together.

Run an Easter Choral Course for music students at an international level.  During a five day period of extensive training in South Creake, Norfolk, promising young students are given an opportunity to perform a challenging concert.  For many the course offers an introduction to singing in a small group and for others, perhaps the first time to tackle a difficult aria.  For instrumentalists, the course provides a training ground to explore baroque techniques on period instruments.  As a result of these events, a number of students have opted to specialise in baroque performance and have taken it to a higher level.

Run a summer opera project for young musicians.  This is normally a baroque opera, but every few years the Trust commissions a music theatre work for its summer programme.  Following The Sailor’s Tale and The Airman’s Tale, The Farmer’s Tale is the next project.  The commissions loosely follow the model of Stravinsky’s A Soldier’s Tale, using small forces and short scenes.  Differing from the Stravinsky, the new works involve children and give an opportunity for general studies – Nelson in the case of The Sailor’s Tale, World War II for The Airman’s Tale and the history of Norfolk’s agricultural development over the centuries for The Farmer’s Tale.

Give young conductors a start.  Every year one or more young conductor is given the chance to direct choral and orchestral forces for the first time, or to conduct an opera.

Ø      Simon Carrington, a founder member of The King’s Singers, conducted his first Messiah with The Yorke Trust – an experience that enabled him to apply for a prestigious post in America that he still holds.

Ø      Garry Walker, now Associate Conductor of the Royal Scottish National Orchestra and working with many of the world’s symphony orchestra, first came to South Creake playing baroque cello.  He subsequently directed his first full choral and orchestral concert with the Trust in a programme of Bach.

Ø      Gary Cooper, internationally respected as a harpsichord virtuoso and a director of baroque music, conducted his first full-length baroque opera with the Trust.

Ø      Darren Hargan, currently a postgraduate student at the Royal Academy of Music in London, has conducted several Easter concerts and operas with  the Trust, including the world première of The Airman’s Tale by Jonathan Keates and Gerard McBurney, a Yorke Trust commission first performed in 2005 at the Imperial War Museum, London.

belongs to the Trust and comprises a beautiful Georgian chapel, partly restored, and a modernised period cottage that sleeps thirteen.  There is also an orchard that can be used for outside events or camping.  The trust encourages visitors to use the Centre for a wide variety of purposes, including recording, but needs to raise funds to develop the site further to:-

Ø      complete restoration of The Old Chapel and Sunday School Room to provide increased rehearsal and storage space, and more flexible heating and lighting.

Ø      restore and maintain two period grand pianos in the Chapel.

Award bursaries to those wishing to attend our courses who may be unable to pay.

Offer free exhibition space for an artist in residence.

Run a small chamber music library for the use of visitors.

The Yorke Trust's aim is developing high quality music education in the community with emphasis on children between the ages of 6-13.as well as students launching their professional careers. The younger children participate in workshops that cover diverse areas within the arts and students benefit from annual concerts and master-classes