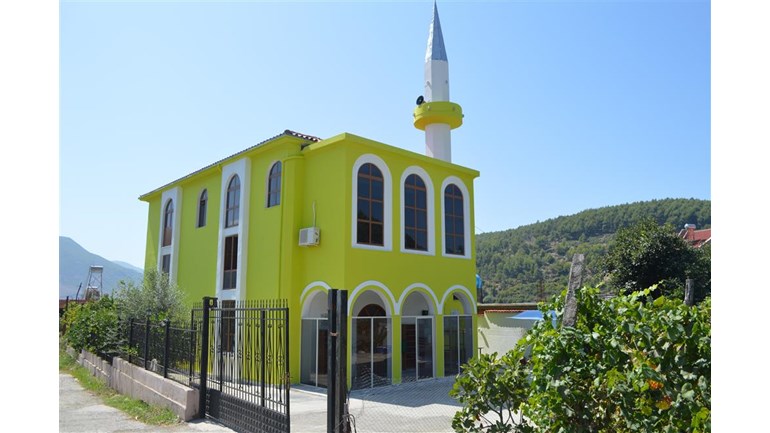 Masjid in Memory of Zubayr Natha

Building a Masjid in Pajove Village, Albania for Rahma (Mercy) because it will be a means of continuous reward for Zubayr

We provide aid and relief in the Balkans to improve lives impacted by communism.

Zubair ibn Yakub. He was a strong and intellectual believer, who liked to come across as 'one of the lads', but now that his time on earth has passed, we each see in moments of discernment that he had a stubborn and unnerving habit of persuading us, of 'conning' us. If that comes across as negative, just think on it for a while. He was convincing and always strong in his convictions. He always let people know what the target was, and how they should share his certainty that they'd attain that target or reach that destination. Sometimes it was vexing, sometimes sublime. For the part of irritating and vexing, I think there's only one person who has ever managed to make me consume a McDonald's milkshake. It was Zubair. But, on the side of sublime, there was his fikr and concern for 'coming up with the goods' in getting charity to its destination, or pushing souls to warm to the masjid.

His close friends tell us that , even when his senses were inhibited by the after effects of epileptic fits and the strong drugs, he would be adamant that it was his turn at the steering wheel, as the van journeyed toward "Le Jongle" near Calais.

His was a unique way, an idiosyncratic way. Of course, he took tips and advice from elders and friends in the Tableegh movement, but he knew that his forté was in being playful, and initiating banter that would eventually make others feel an urgency to "jump on board" , perhaps to call others to Islam or charitable acts.

Like these modern day "uber" drivers who ferry others to and fro willingly, he didn't flaunt a large license plate stating "I'm a taxi man", but he was always on call , ready to nip to the masjid or markhas and sit in the bayaan. He would chat playfully along the way, and keep one's spirits up with loving conversation and theories that we'd completely disagree with until he weighed in with his witty intellect.

There was a strong and special place in Zubair's heart for scholars of Dīn, and  there was no difference in his approach to those of a more studied and ascetic approach. He would make the heart of a first year student of Darul Uloom warm to the cause of Tableegh just as much as he could increase the love in the heart of Hafiz Patel Sahib, may Allah grace him with an abundantly spacious afterlife, and bless him in every stage.

My dad. A good natured man who was always confident in himself and what he did. My dad. The adamant 'I know what I'm doing' sort of person who showed love and compassion through what he did best and what he liked to do best.
My dad. The 'I'm ready for anything' kind of guy.
The only thing I hope for, is that he was ready to be transferred back to his Lord. The only thing I hope for, is the certainty of him entering paradise.
I will finish my hifz in his name, but obviously intentionally to Allah.
Zubayr Natha is the most influential father a son could have (not including bad habits).
I remember how my mum would say I was going so slow in my hifz, but when I looked to my dad for advice, he would say; "first look at how much you've done".
I will never forget how my dad walked and talked. How he looked and how he ate. How he was my dad and how he died at the age of Jannah.
How I was so lucky he was my dad.

Rahma (Mercy) charity was founded in 1999 in response to the plight of the refugees from the war in Kosovo. We have since grown and become a registered Charity and an NGO in Kosovo. We support over 1000 Orphans, provide food aid, education, medical and help and sustain many other projects.

Charity Registration No. 1097682
Find out more about charity fundraising