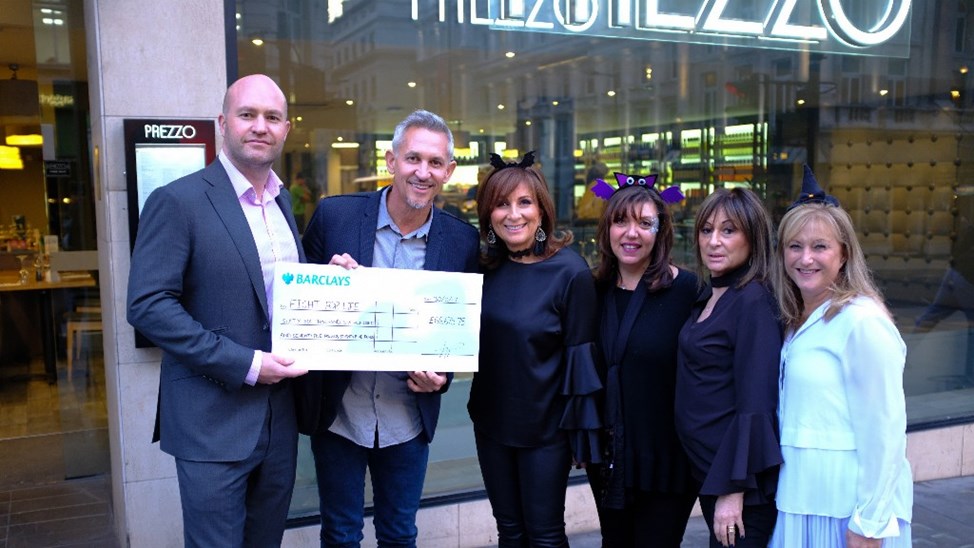 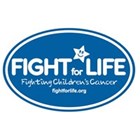 The Fight for Life children's cancer fund raises money for children being treated at University College Hospital. We are a Fund within UCLH Charity, the official Charity for UCLH NHS FT.
Charity Registration No: 1165398

Fight for Life was originally formed in 1996 to raise funds to build a dedicated childrens radiotherapy unit at the Middlesex Hospital, London. In January 2000 the new unit was opened by Fight for Lifes patron, Gary Lineker. The unit was equipped with a state of the art Linear Accelerator radiotherapy machine bought and paid for by the committee, enabling treatment with the best possible precision and speed.

The unit later moved to a brand new dedicated cancer unit installed at the new University College Hospital on the corner of Tottenham Court Road and Euston Road. The Linear Accelerator the high energy radiotherapy equipment used for treating childrens cancers, bought with your money and now fully paid for, came with us and we also have our own childrens play area and waiting room, to give them some breathing space whilst waiting for their treatment. All this has meant that the children have been treated to the very highest standards, and the unit can now claim to be a world-class paediatric cancer treatment centre second to none. As far as we are aware, there is no other similar facility anywhere in the UK, with such a wide range of expertise and modern equipment. We later launched an appeal for a dedicated PET/CT scanner, which was also installed and now fully paid for with your generous support.

We also supported Rapid Arc, which is an exciting and innovative computer software programme, which changes the speed of rotation of a Linear Accelerator, the shape of the treatment beam and the radiation dose at the same time allowing the oncology team at UCLH to deliver the optimum tumour coverage together with a better ability to spare healthy tissue. With this brilliant new software we work towards higher radiation doses, with a greater rate of cure and lower risk of side effects to children undergoing treatment.

More recently we announced our ongoing and revolutionary project being TrueBeam. Change has been the inspiration for TrueBeam a new, state-of-the-art radiotherapy machine and radiosurgery system optimized to destroy cancer. It has been built with intelligent engineering, innovative features and intuitive operation. This is based upon years of research, and provides a capability that allows doctors to tailor patients treatments for their particular type of cancer. This machine allowed the specialists to treat children with cancer in the most accurate way. Imaging on this new unit is some of the best in the world. The engineering innovations mean the centre will be able to treat children very quickly with the smallest fields possible this allows the team to reduce the dose to normal organs and tissue.

Fight for Life continues to finance and support both Rapid Ark and TrueBeam and we are now raising funds for the very exciting and state of the art Proton Beam Therapy Centre at UCLH. Joining forces with The Christie Hospital in Manchester, UCLH successfully won the bid to become the UKs first national Proton Beam Therapy (PBT) Centre in April 2012. Treatment at UCLH will be available from a site to be developed on the University College Hospital campus in central London from 2020. Currently only available in the USA and in some centres in Europe, PBT uses high energy protons to target cancer cells with reduced side effects to surrounding areas or organs .The arrival of PBT in the UK will mean children will no longer have to travel abroad and will have the latest technology, supported by the expertise at UCLH, on home soil. Some 1500 patients a year will be suitable for the treatment in the UK.

Fight for Life is staffed solely by volunteers and ALL contributions go directly to the fund.

To help with all the wonderful work that you do

We are the official charity of University College London Hospitals NHS FT. We fund equipment and support services, staff and research to improve and enhance patient care at UCLH. If you are donating via this page, please tell us if there's a particular area you'd like your money to go to.