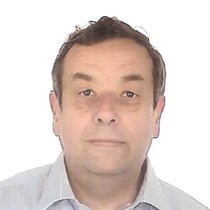 Weʼve raised £1,788 to provide a school in a remote area of Cambodia. Liz and I will visit in October at our own expense. See www.ccspuk.org for more information

But in fact, Cambodia is the only nation in the world where it has been demonstrated that symptoms of PTSD and related traumatic illnesses are being passed from one generation to the next.” ― Joel Brinkley, "

Liz and Paul Deacon will visit Cambodia at their own expense in October. We have raised USD10,500 to build a school at the suggestion of Mark McKeown, former CEO of Children in Crisis, who lives there. This will develop the current school pictured above and provide three classrooms and build a new one which will act as a community centre. With a marquee event in July and other promised donations, we are hopeful of reaching our target of £10,000 by the end of July. But every little helps! do donate please.

Building will be undertaken by an established NGO - www.Khencambodia.org, who have already built schools in the area. Liz will then provide medical advice to parents of disabled children in the area.

Cambodia is an agricultural country and a third of the population under the age of 15 lives in rural areas. A lack of local facilities means that children cannot get to government schools either because they are too young to walk or are needed by their parents to work at least part time and cannot take the time off. As children get older they can walk or cycle to state schools, but they are so far behind that they often don’t bother and their parents cannot afford the unofficial 'fees' that teachers often levy. In such remote locations, villages are accessed by tractors or motorcycles and do not have any schools. Even four-wheel drive vehicles struggle to reach some places. Some parents pay a secondary school graduate, who conducts classes under a tree.

79% of Cambodia's population live in rural areas. 50% of the rural population does not have a primary school in the village and standards are often poor in schools that do exist. KHEN works to change this by improving access to quality education in rural areas.