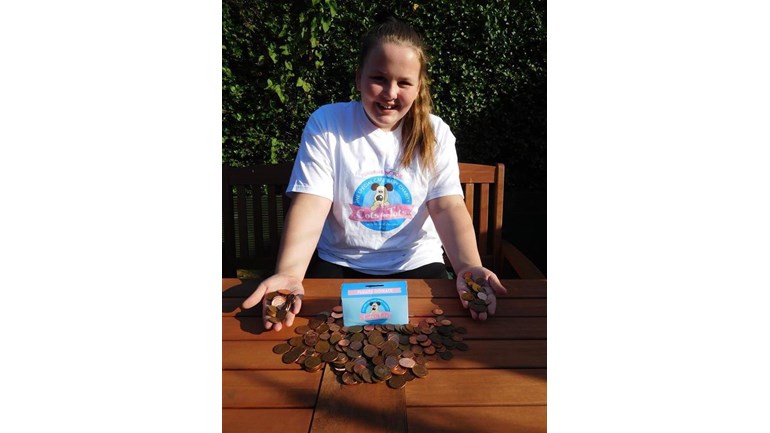 Fundraising for Cots for Tots

We raise money to transform the lives of sick babies

Please help me support the Cots for Tots Appeal to raise money for special care babies at St Michael's Hospital, Bristol by making a donation on my page!

A message from Charlotte:

When I was in my Reception Year at school I was told the story of The Gingerbread Man, this story captured my imagination & started me on my fund raising adventure!

I first saw a poster for the Cots for Tots Appeal when my brother was born in 2011, I asked what it was and my Mummy explained that some babies when first born need a little help and these special cots help them.  Ever since then all I want to do is try and help the babies!

I started collecting postcards from places all around the world with sightings of my gingerbread friend on and used these to do little competitions to raise money for the Appeal.  EasyJet got involved and made a special postcard for me that was given out to all their passengers on International flights from Bristol Airport asking them to write a sighting of my gingerbread man if they saw him.  I was also invited to fly with them to Geneva to hand these postcards out myself.

I love to come up with all my own fun ideas to raise money to help the babies and so far I have done both a Gromit Dash and a Shaun Flock Hunt, where I managed to visit all 70 Shaun the Sheep sculptures around Bristol in just over 10 hours!  In August 2013 I was invited to do my bike ride at The Millennium Stadium in Cardiff where I managed to ride 18 laps of the pitch in a hour, becoming the first person to do this.  With the help of First Great Western Trains I did my 'Gingerbread Chase' where over 6 days I managed to travel over 1,850 miles by train trying to find my gingerbread friend, missing him by minutes at the Departure Gate at Gatwick Airport!

In 2014 I came up with an event called 'Coppers for Cots Month' where I try to get as many people, schools & work places to collect their 1 & 2 pence coins during the month of November and donate them to the Appeal via this page.  It did really well & is now a yearly event.

In May 2015 I became the first person to sit in all 1,951 seats in the auditorium at The Bristol Hippodrome in just over a hour, which was fun and helped me to raise a lot of money.

In February 2015 I was awarded the Lord Mayor of Bristol's Young Persons Medal for my on going fund raising for the Cots for Tots Appeal, then in December 2015 I was named as The Bristol Post Gold Star Good Samaritan for coming to the aid of the babies & their families.  At the end of the ceremony I was named as the Overall Gold Star Winner for 2015, which was a big surprise.

For the past few years I have been writing to famous people asking if they would be kind enough to send me a sighting of my gingerbread man for a book idea I am hoping to do to hopefully raise more money. I have received nearly 300 unique sightings/stories.

In February 2017 I did my 'Chitty Bike Ride Challenge' where I cycled on an exercise bike during the whole matinee performance of Chitty Chitty Bang Bang to try and escape the Child Catcher!  Again at The Bristol Hippodrome.  I managed to ride just over 54 miles in that time & raised more money along the way.

In April I attended the Bristol Young Heroes Awards as one of the final three nominees in the Enterprise Hero category.  I didn't win, but was so happy to have been chosen & I met lots of lovely people who may help me in the future with my fund raising.

Another of my ideas is my 'T-Shirt Challenge' where I am trying to get as many famous people as I can to sign my Cots for Tots t-shirt and when it is full I will be giving it to the Appeal so they can auction it to help raise money for the Cots for Tots House.  I have managed to meet lots of famous people, who have all kindly added their autographs to my t-shirt.  I finished the first t-shirt & have moved on to T-shirt 2!

In July I officially became a teenager, I've been so excited about being 13 that I wanted to do something to celebrate.  I am currently doing my '13 Challenges for my 13th Birthday Year' where so far I have completed the Gromit 2 Trail, my Balloon Challenge at the Bristol International Balloon Fiesta also with the help of Bristol City FC, my 13,000 Seat Challenge & recently I climbed the Wills Memorial Tower in 8 minutes & 15 seconds!!

Thank you for taking the time to read about my fund raising, for hopefully having joined in with one of my ideas & for helping me to continue helping the babies.

Cots for Tots is the special care baby charity raising money to save and transform lives at the Neonatal Intensive Care Unit at St Michael’s Hospital Bristol, and Cots for Tots House, free 'home from home' accommodation for families of babies from Bristol, the South West, South Wales and beyond.