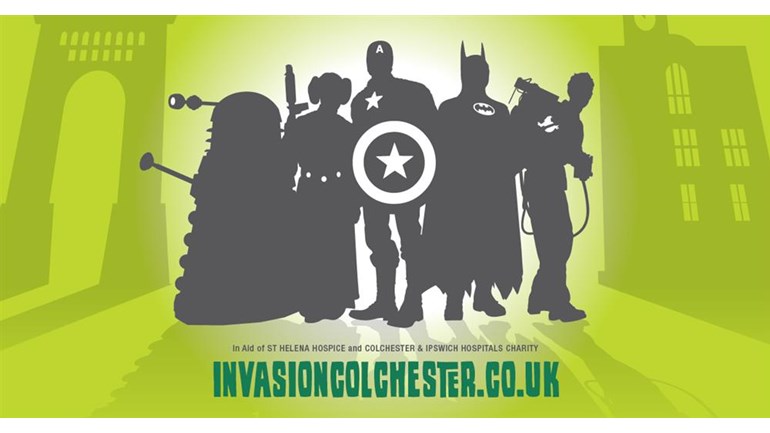 Transforming cancer care for your community

Colchester & Ipswich Hospitals Charity is leading the campaign to build a world-class cancer centre at Colchester Hospital. The cancer centre has been officially named as The Collingwood Centre and construction has begun which is a real milestone for the campaign.However, there is still c. £180,000 left to raise so we can't stop yet. Fundraising continues to reach the final target and enable the Wellness Centre to become a reality. The Wellness Centre is where patients and their families will be able to get advice and information, sign up for courses to help them through this difficult time in their lives and take part in counselling and complimentary therapies. It is a key part of our offering to patients and will be in a separate building providing not only some geographical, but also psychological distance from the main treatment centre.So join us in the final push, it really will change peoples lives.

Every September, for one day, the whole of Colchester Town Centre is invaded by a parade of familiar characters and vehicles from famous sci-fi / fantasy TV series, movies and games. This is all part of Invasion Colchester, a family friendly fund-raising event benefiting two local charities - St Helena (the local hospice) and the Cancer Centre campaign for Colchester & Ipswich Hospitals Charity.

Around a hundred key characters from franchises such as Star Wars, Ghostbusters, Harry Potter and the Marvel Universe are on hand to meet, greet and pose for photos with the general public, all in the hope of raising money for two worthy causes. There is also the chance to see a superb selection of celebrity vehicles from TV and film, with this year's automobile attractions set to include the Batmobile, Ecto-1 from Ghostbusters, the Delorean Time Machine from Back To The Future and Optimus Prime from Transformers!

There are special guests from TV and film each year, and the cast-list for 2019 includes Clem So, Nick Joseph, Mike Edmonds, Martin Ballantyne and Sandeep Mohan, all of whom have worked on some of the most well-known TV shows and movies ever made. They will be on-hand for autographs, photos, and a chat about their experiences!

The event provides a great opportunity to showcase local talent, which Invasion Colchester do by hosting a great line-up of live music and performance throughout the afternoon. The Colchester based musicians performing in Lion Walk will be joined this year by Stagecoach Colchester, offering something special for visitors to see!

There are prizes to be won in a number of competitions running during the event, including Fancy Dress Competitions for three childrens' age groups (held in Culver Square), a Character Hunt involving finding the Invasion Colchester characters in certain areas of the town centre, and a fantastic Prize Draw offering hundreds of pounds-worth of prizes (tickets available beforehand and on the day from Ace Comics)!

Anyone joining the fun and dressing up as their favourite character will be able to enjoy free bus travel into Colchester town centre courtesy of the Park And Ride bus, and for those wishing to extend the experince later into the day, Firstsite are holding two exclusive cinematic screenings of the classic 1985 sci-fi comedy Back To The Future!

Over eight years Invasion Colchester have raised over £50,000 so far for charity, and this year, with the help from their key supporters - Our Colchester, Ace Comics, Culver Square Shopping, Lion Walk Shopping Centre, Marks & Spencer, Fenwick, Firstsite, Colchester Council and Essex County Council - they hope to add another significant amount to that total.

Transforming cancer care for your community

Charity Registration No. 1048827
Find out more about charity fundraising