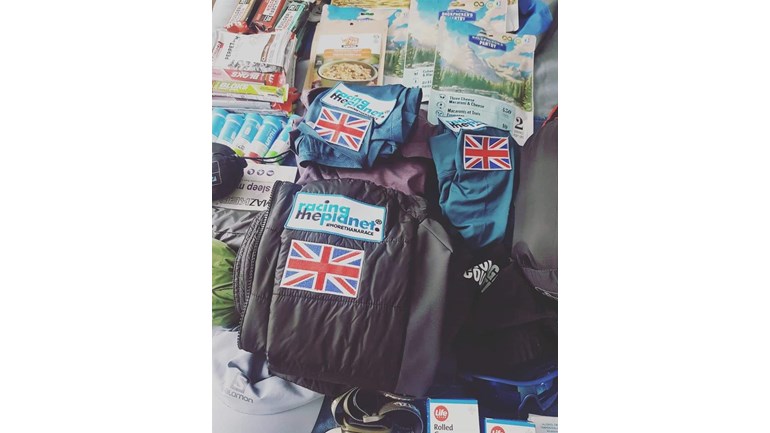 We care for veterans in crisis to restore independence and dignity.

Veterans Aid are an amazing charity who assist veterans in crisis, regardless of time served. The reason we chose these guys is because simply, they provide assistance to Veterans who are in crisis with much of their work focused on providing homeless Veterans with shelter.

It's hard to describe the camaraderie you experience when in the military, for me, I can honestly say that joining the Army saved me from a life that doesn't bare thinking about. I remember the first day I put on my uniform and stood with my fellow recruits on the parade square. I looked like what we would call a 'bag of shit,' my uniform was not ironed very well, my boots did not shine and my feeble attempt of putting my crazy hair into a nice tidy bun under a hair net was pathetic. My Corporal shouted/screamed at me in a Welsh accent that I indeed did look like a "bag of shit" and proceeded to take the piss out of my accent, nicknaming me Shanahana ding dong. Despite all this, as I stood there listening to other recruits being told similar, this feeling went through me. It's hard to describe but it was physical, it felt safe, like belonging, like I had finally found my home.

The first friend I made shared the same room as me, I think there was 8 bunks but can't remember. We became friends after she plucked my eyebrows for the first time ever and I accidentally dropped a bottle of her perfume (I was devastated, I'd never had perfume before and saw it as a massive luxury). You'd think we wouldn't become friends but we became the best of friends, which got me through basic training, the many jail visits and the first half of my military career!

Being in the military was like having a massive family, the years I spent in, saw me form my chosen family of  amazing supportive people. Even those that I am no longer in touch with played a part in who I am today and for that I will be forever grateful. Not everyone who leaves the military have the support needed to transition into a 'civvy' and without that support it is so tough. Veterans can find themselves struggling and in need of help, that's where Veterans Aid comes in.

VA has been helping veterans in crisis since 1932, regardless of age, ethnicity, faith, rank or length or service. Uniquely, it takes immediate action when homelessness, debt, addiction or social isolation threatens to destroy a life. Important to read: http://www.veterans-aid.net/support-us/

Charity Registration No. 1095308
Find out more about charity fundraising