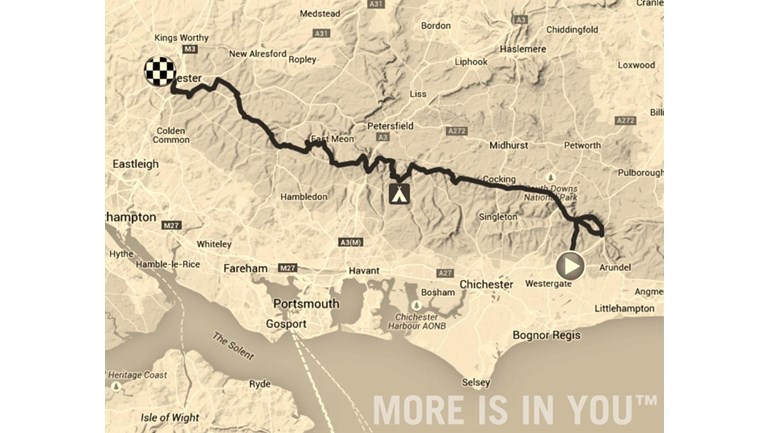 Paul & Paul Race To The King

The Last Night A DJ Saved My Life Foundation

The Abode Project was born from the essential pillars of the house music community, sourcing funds via private and public donations along with raising money by hosting large-scale club events/festivals around the world.

It's not every day you run a double marathon across the South Downs, but that is exactly what Paul Smith and I will be doing on 22nd June. We have never done anything like this before and the furthest either of us have ever done is one marathon.

These days everybody is doing something for charity so in order to justify getting people to part with their hard earned cash we know that you need to do something pretty special - we think that a double marathon in one day is pretty damn special!

We start in Arundel and finish at Winchester Cathedral.

We will be running every step of the way for The Abode Project, a cause we both feel really strongly about and believe in.

Here are the details of it:

When worlds collide at the most basic, instinctive and primal point of contact; amazing things happen, and the opportunity for exponential development ignites like an untameable wildfire.

The Abode Project is a non-profit organisation born from the essential pillars of the house music community, sourcing funds via private and public donations along with raising money through the medium of hosting large-scale club events/festivals around the world.

In 2017 the charity built its first school and orphanage in the Kabale region of Uganda (predominantly know for being one of the poorest and unprivileged parts of Africa).

Unfortunately, due to complications, the project collapsed, and it left a large number of orphans & students back at square one with no education or residence (many returning to their local communities 2-3 hours away with shattered dreams).

In November 2018, The Abode Project set out to Kabale to visit a newly purchased plot of land with 39 eager volunteers. Among the volunteers were tradesmen and women, DJs, Promoters, Nurses, Artists, Photographers and Videographers. Some friends, some total strangers.

Throughout the eight-day period, those 39 volunteers became a very personal and emotional family; they worked harder than they even knew they were capable of at times for hours and hours on end with a no-nonsense attitude.

What was achieved in that space of time is something that has had an internal and external impact on everybody it has touched. An abandoned School, Orphanage, Outhouse and tired piece of land now shines brightly as a beacon of hope for an entire community and many generations to come. It is now home to The Abode Project School & Orphanage; a place of education, shelter, opportunity, security, humility and unity; a project that will continue to grow and expand into one of the poorest parts of an entire continent.

Several classrooms, dormitories, offices, a community hub where technological knowledge will be provided to help integrate these children into western society and give them a slice of the life we are so undeserving of in comparison, a music centre where children can nurture their talent for natural rhythm, the list goes on and on

This is still the very beginning, but with the help of your compassion, affinity and funding we genuinely believe there is no limit to what we can achieve.

For the price of a pint of beer or some new mascara you can feed an entire family in Kabale for a week, for as little as £20 a month you can pay for a childs education and board at our school and orphanage. Thats the same price as a round of drinks on a night out that you probably cant even remember anymore!

Who says the poorest of the poor cant become scientists, doctors and more? Just because it hasnt been done before doesnt mean we cant be the generation to open the door...

The project was the brainchild of Abode & is entirely run by them, however they have partnered with Last Night A DJ Saved My Life to maximise fundraising opportunities, obviously we are more than happy to help!

run by
The Last Night A DJ Saved My Life Foundation

The Abode Project was born from the essential pillars of the house music community, sourcing funds via private and public donations along with raising money by hosting large-scale club events/festivals around the world.

The Last Night A DJ Saved My Life Foundation

Last Night A DJ Saved My Life (LNADJ) is charitable foundation which creates fundraising events and initiatives for the electronic music industry & beyond to support children in crisis around the world.

Charity Registration No. 1142478
Find out more about charity fundraising