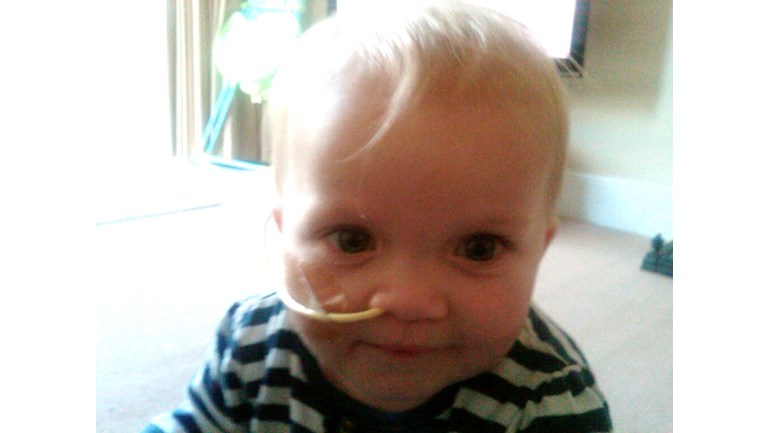 TO PROVIDE SUPPORT TO ANYONE DIAGNOSED WITH CYSTINOSIS, AS WELL AS THEIR FAMILIES AND FRIENDS. TO HIGHLIGHT THE DISORDER TO MEMBERS, THE MEDICAL PROFESSION AND THE WIDER COMMUNITY. TO ASSIST IN THE PROMOTION OF RESEARCH INTO THE TREATMENT OF CYSTINOSIS. TO WORK ALONGSIDE OTHER SIMILAR ORGANISATIONS IN UNDERSTANDING MORE ABOUT METABOLIC DISORDERS IN GENERAL

Update 24th January 2010 Ok we didn't beat Haile, but we finished! (please see photo) We would like to thank every single one of you for your kind support. I think it's fairly safe to say that neither Stephen or me will be doing that again! It was very hot and a lot more difficult than we both thought it would be.

We send our love and besh wishes to Justin, Denise, Harry and of course the star of the show Jessica. Thanks again for your support

32k completed in 2:49m (that was very tough!) We would like to wish you all a Merry Christmas & a Happy New Year. Thanks for the support it's been greatly appreciated by both of us. We are going to have  a well earned break over Christmas and will resume training for little Jessica in January.

Hi All, Me & Stephen did the half marathon today in 1:49 mins. We ar doing the 32km next Friday (20 Miles) then a rest over Christmas, followed by the Dubai 42k (26.2 Miles) on the 22nd. We have also decided to add the RAK half to our calender in March. Jessica is now out of hospital and doing well. We hope Jessica has a good Christmas and you do to.

32k completed in 2:49m (that was very tough!) Merry Christmas & a Happy New Year to all. Thanks for the support it's been greatly appreciated by both of us.

Thanks for taking the time to visit Scott & Stephen's JustGiving page. This year a good friend of ours found out his one year old daughter had  a condition called Cystinosis. Approximately only 150 people in the entire UK have been diagnosed with this condition.

what is cystinosis and what are its consequences?

Cystine is an amino acid that all humans have in their bodies but Cystinotics possess too much.  Cystinosis occurs when the mechanism which removes excess cystine breaks down. It then accumulates within body cells preventing these cells from functioning correctly.  This initially leads to kidney problems and progresses to other parts of the body, including the thyroid gland, eyes and liver. Impaired growth has been another symptom of the condition. In the past, it was rare for Cystinotics to survive into adulthood.

As friends you try and be supportive but needless to say you feel pretty helpless. Stephen decided to enter the Standard Chartered Dubai Marathon in January 2010 and i decided to join him. Then Stephen had the bright idea of doing Dubai's half marathon on December 11th this year!  We are training 3 times a week and are on schedule, although it's very hard going trying to reach the 13 mile stage.

This is a chance for both of us to do some good for charity and a friend so please donate what you can. We really appreciate your help and will keep this page up to date with how we get on.

You can read more about our charity www.cystinosis.org.uk

Registered No. 1074885 Donating through JustGiving is simple, fast and totally secure. Your details are safe with JustGiving – they'll never sell them on or send unwanted emails. Once you donate, they'll send your money directly to the charity and make sure Gift Aid is reclaimed on every eligible donation by a UK taxpayer. So it’s the most efficient way to donate - I raise more, whilst saving time and cutting costs for the charity.

TO PROVIDE SUPPORT TO ANYONE DIAGNOSED WITH CYSTINOSIS, AS WELL AS THEIR FAMILIES AND FRIENDS. TO HIGHLIGHT THE DISORDER TO MEMBERS, THE MEDICAL PROFESSION AND THE WIDER COMMUNITY. TO ASSIST IN THE PROMOTION OF RESEARCH INTO THE TREATMENT OF CYSTINOSIS. TO WORK ALONGSIDE OTHER SIMILAR ORGANISATIONS IN UNDERSTANDING MORE ABOUT METABOLIC DISORDERS IN GENERAL