Beating Bowel Cancer’s annual fundraising campaign Decembeard invites men to help those affected by bowel cancer by getting sponsored to – you guessed it – grow a beard. For 2014, the charity had a big, hairy, audacious goal of raising £250,000 and turned to JustGiving to get more people fundraising online, without compromising on the Decembeard brand experience.

Beating Bowel Cancer integrated the Decembeard campaign website with JustGiving using our Page Creation API so that people could sign up for the event and make a Fundraising Page in one simple step. The charity was able to automatically add their logo and set a fundraising target of £100 on every Fundraising Page helping the Decembeard campaign reach more people and raise more money. Beating Bowel Cancer also displayed a donation totaliser on the campaign website, which meant that people taking part in Decembeard could see at-a-glance how much they had raised together to help beat bowel cancer.

“We were able to create a branded and frictionless experience for our Decembeard fundraisers by using the Page Creation API. People wanting to take part in Decembeard could register for the campaign on our website AND create a Fundraising Page on JustGiving in one simple step.” 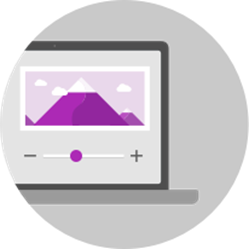 Visit our Developer Portal to find out more about JustGiving APIs