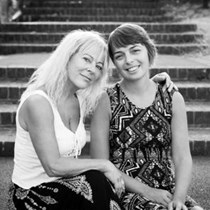 For those of you that are not familiar with the story of JustJade I will write a summary before continuing to where we are at with fundraising and what we are doing now.

My beautiful Jade was diagnosed with triple negative metastatic breast cancer in March 2017. At 29 years of age, a mother to Eva, wife to Gareth and a career she loved as a Met police officer. After being hammered with chemotherapy, surgery and radiotherapy she was given NEAD (no evidence of active disease). For those not in the know of this form of breast cancer it is rare, particularly aggressive, and never goes away for good although with continued treatment it is possible to be kept under control for many years. It mainly affects young women, or women of colour, although far from exclusively, as statistics will tell you.

This break from the cancer was short lived, by May 2018 it had metastasized to Jades brain in the form of 7 tumours. Jade had stereotactic brain radiation and managed to beat 4 of the little blighters to death and shrunk the largest 3 considerably. ‘Way to go Jade! You can actually beat this one’ was the very thought process that kept her going.

We began fundraising to buy a new wonder drug which, at this point, was only going to be available privately and, at first, in the USA. Jade was experiencing a huge level of pain and blue lights to A&E became the new normal. No doctor or oncologist we saw could explain why the pain or spells of being violently ill were occurring. Jade knew. I took Jade to the Dana-Farber cancer centre in Boston Massachucetts for a consultation with a triple negative expert, Dr Nancy Linn. While waiting at the airport in Boston for our flight home Dr Lin phoned Jade and gave her the worst news possible. I remember so clearly Jades legs giving way and her ending up in a heap on the floor. Jade had Leptomeningeal cancer. This is what Jade suspected all along but had said nothing for fear of it being true. I will leave all the pain and life changing details to your imagination.

There is no cure for this cancer but again the immunotherapy drug we were fundraising for is known to cross the blood brain barrier. I set to work on looking after Jade along with her husband Gareth and daughter Eva and with the help of so many generous people we had enough money to start treatment with the new drug. Unfortunately, Jade was too sick to travel to the USA at this point so we went to see Professor Schmid in Harley Street (he was one of the top researchers into Tecentriq) who assured us that as soon as Jade was stable, he would source the drug for us.

By March of 2019 Jade was hospitalised for 3 weeks, the lepto had taken a hold of her. We were told by the oncologist to gather family round. No…..Im not. After a verbal battle with her she offered to try a drug directly into Jades spinal fluid but she said it’s a very low success rate. Hmmmmmm…. it worked. Jade was home and doing very well and building up her strength until we got the news that the cancer had again metastised to other parts of her body. This cancer was very angry. At this point, at her bi-weekly appointment, her oncologist said take her home. They refused to treat her anymore. Jade looked at them and said “Im not ready yet”. Me, being as tenacious as Jade in many ways, also refused to give up. I found a private Professor in London who said if Jade eats and drinks (she hadn’t been able to at this stage), in the next few days he would personally bring the Tecentriq to our home and posed the question as to why she had not been given it long before. I got home and told Jade the news, she smiled at me and said “Mum, can you get me some food”. She ate and she drank, I gave her a manicure and moisturised her dry skin, we’re finally getting this illusive drug.

The professor called me that evening and asked how Jade was so relieved to be able to tell him what she had managed, he was pleased with the reaction and said he would call next day to check on her. Before I went to bed that night Jade said to me “I am so proud of you Mum” I said “I’m so proud of you too my darling”. I went to bed and left Jade with her husband Gareth next to her.

Now all that said, I have a job to do as a legacy to Jade, and that is to continue to raise awareness of triple negative breast cancer which was her wish.

It is my intention to continue raising funds in order to help as many women as I possibly can if they are unfortunate enough to receive that triple negative diagnosis. My goal is to save as many people as I can from getting lost in the abyss of research and help guide them so that they can be well informed of their diagnosis. That help goes for family and friends of that person too.

Obviously, I am no expert, in fact far from it, but I have conducted a lot of research and questioned and argued my way through our nightmare - what I am is a mother whose daughter was stolen from her far too soon. I made errors in judgment that I don’t want anyone else to make. The biggest mistake I made was to believe everything I was told by professionals, the second was not getting a totally independent second opinion. I thought I had until I found out that the 3 professionals I relied on worked, researched or socialised together. There, I have said it!

There is a wealth of hugely important information to share from immunotherapy to genomic testing to genetic testing, financial obstacles, and all in between.

The money raised previously for Jade (funds currently stand in excess of £140,000) and all monies raised in the future, for as long as it lasts, I intend to use for families with genuine hardship who cannot afford a private second opinion or the private protocol involved. Whoever said “money talks” was correct and I will add to that, knowledge is power, a power you all need and that’s where I will help as best as I can.

Please email justjadeonline@yahoo.com to contact me directly with any questions you may have and I will do my utmost to help you. It is also my intention to offer a room in my home to anyone that needs to travel to London for appointments etc. where you will be spoilt rotten, or left in private, whichever you choose, I could even come with you to appointments if you wish. Look at it this way…. If I can help you, then it’s helping me too… Lots of love

P.S. If you wish to make a donation or have a fundraising idea, please email justjadeonline@yahoo.com to get in touch. No amount is too small, every penny will help me to help others and keep Jade’s legacy alive.

I am a retired publican in Hounslow, west London. I have been a publican most of my working life and have over those years supported many worthy causes in whatever way I could. I now need your help to fulfill my daughters legacy